Se we started last week with, you guessed it, more sanding! 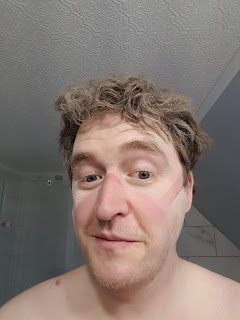 We moved on to the master bedroom, which kind of stalled a few days ago after another fairly large rain storm and a small river in the basement again... At least this time the sump pump ran every 30 seconds to dump a few gallons of water out for about a day. 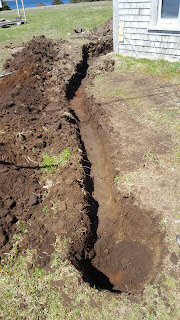 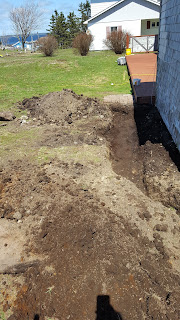 So naturally its time to dig a drainage line to try and divert some of that water. So we spent a day digging a ditch. We're just waiting now for a loader bucket of gravel.


Meanwhile the contractor finally came back to pick up his scaffolding and after he packed it all up and drove up we decided to call him up and get a quote for re-siding the house. While not budgeted for we talked it over and decided that it would really help the image of the house when the big day rolls around. 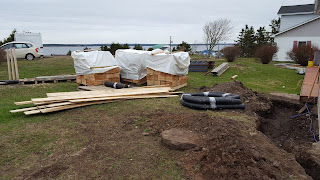 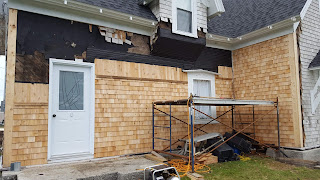 It's been two days in and they've been doing quite well in the face of rather crappy weather. between the two of them the new siding looks great! I'm really happy it's going to look amazing and save us a whole ton of time and effort. Unfortunately the driver that delivered our siding managed to clip the neighbors phone line and snap is in half. OMG really!?!? Needless to say pissing off the neighbors was really not on the to do list and we've done so well avoiding it. But c'est la vie all we could do is follow up and make sure they contacted bell. It's two days now and they still have a live phone line dangling on the ground which can't be good. Its really surprising, mind you not a power line, that its taking as long as it is to replace the line or even stop by to look at the issue.

Meanwhile in the light of the new siding we decided we had better get our two new windows in soon! can you tell which one? 😋 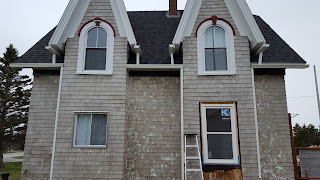 The second one will be a little harder as we'll actually have to re-size the frame around the window. But I'm confident.


It's been a successful week even if the work was all totally unscheduled! At least it really feels like we've been making progress this week.

Till next week here's a picture of Carl enjoying an apple: 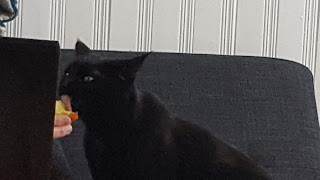